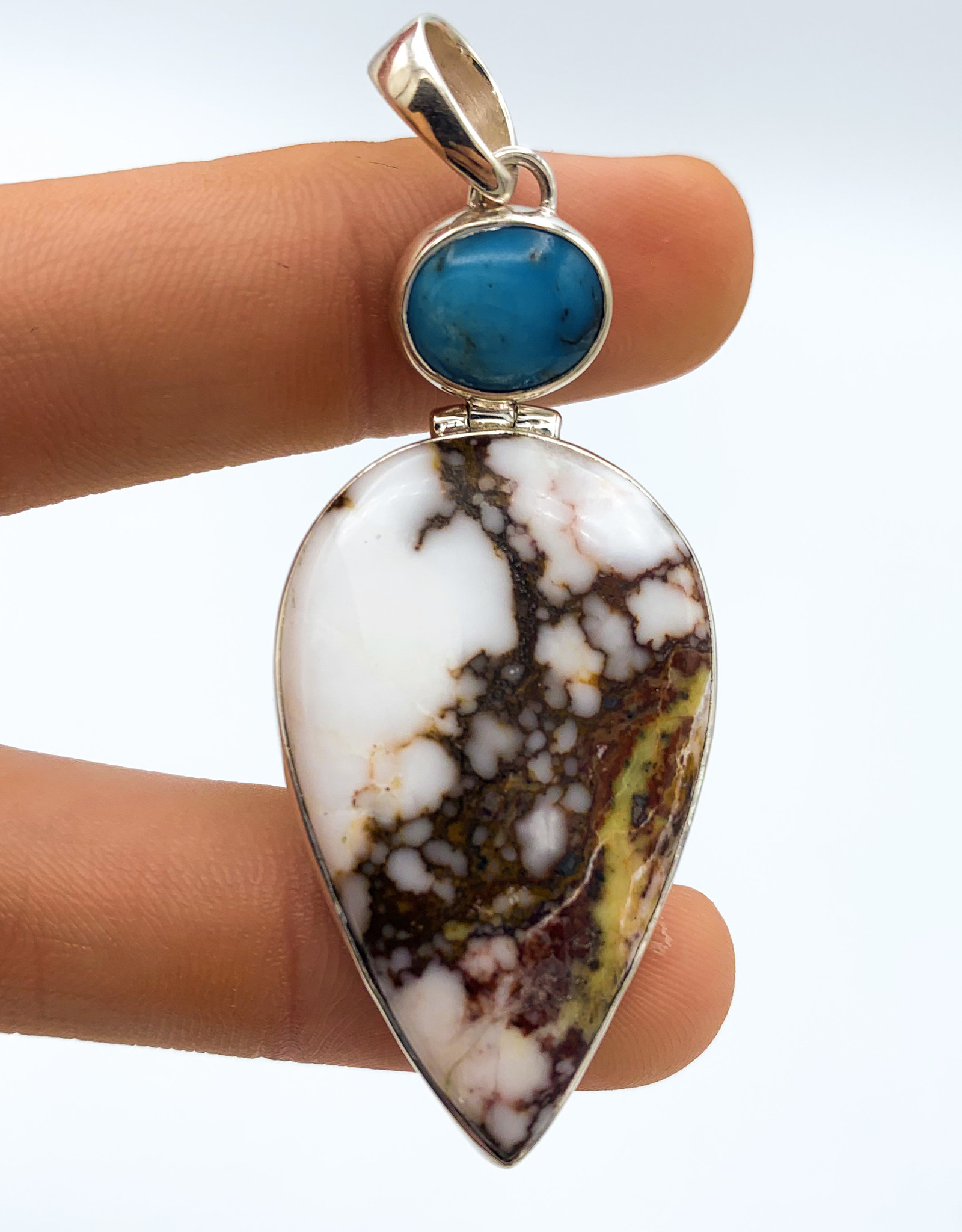 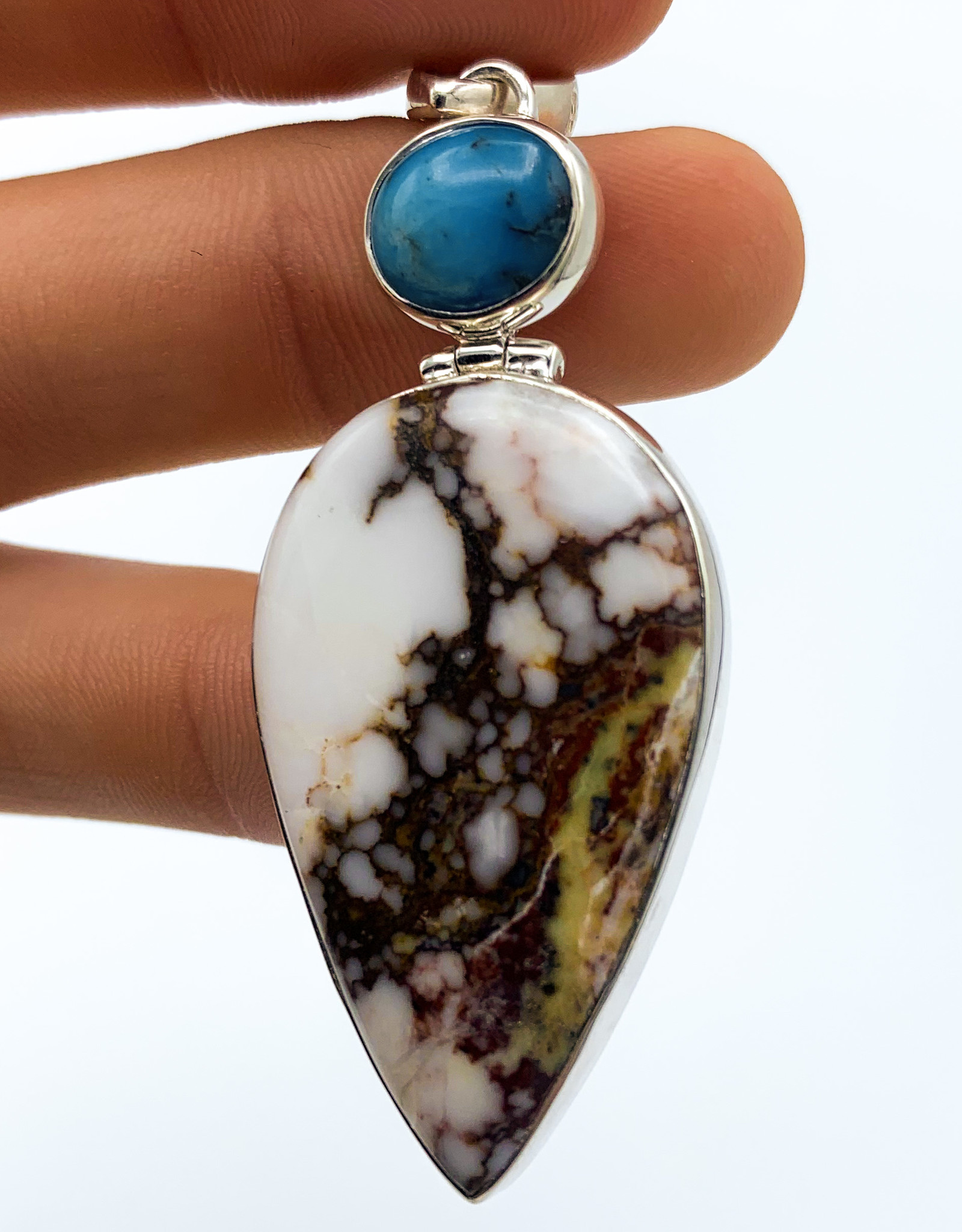 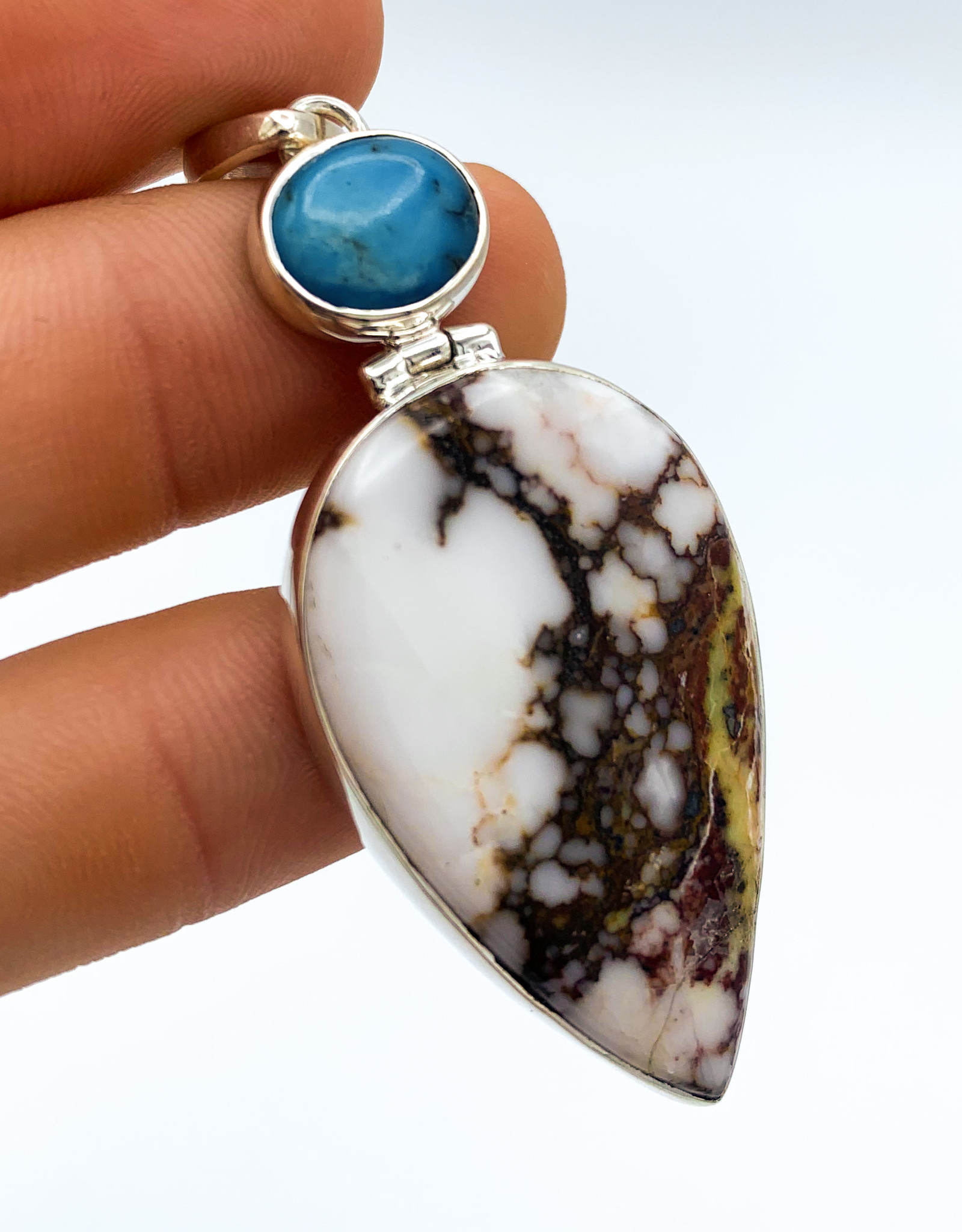 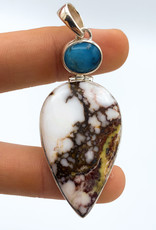 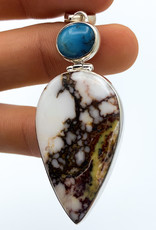 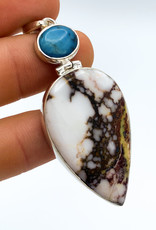 Turquoise is a blue or blue-green mineral composed of copper and aluminum. This mineral has been prized for its color for thousands of years. Turquoise gets its names from the French word turquois meaning "Turkish" as it was first brought to Europe through Turkey from mines located in Iran. Turquoise is becoming increasingly rare as many mines are closing due to depletion of the source. The United States is known for producing some of the most valuable turquoise to hit the market, the most popular occurrence being Arizona, but others include California, Colorado, New Mexico, and Nevada. International sources include Afghanistan, Australia, and China.

Wild Horse Turquoise, also known as Crazy Horse Stone or Appaloosa Stone, is often used in Native American designs. It consists of magnesite and hematite, showcasing brown mottling but is often not considered legitimate turquoise. It was first discovered near a copper mine in Arizona during the Mid 1990s.