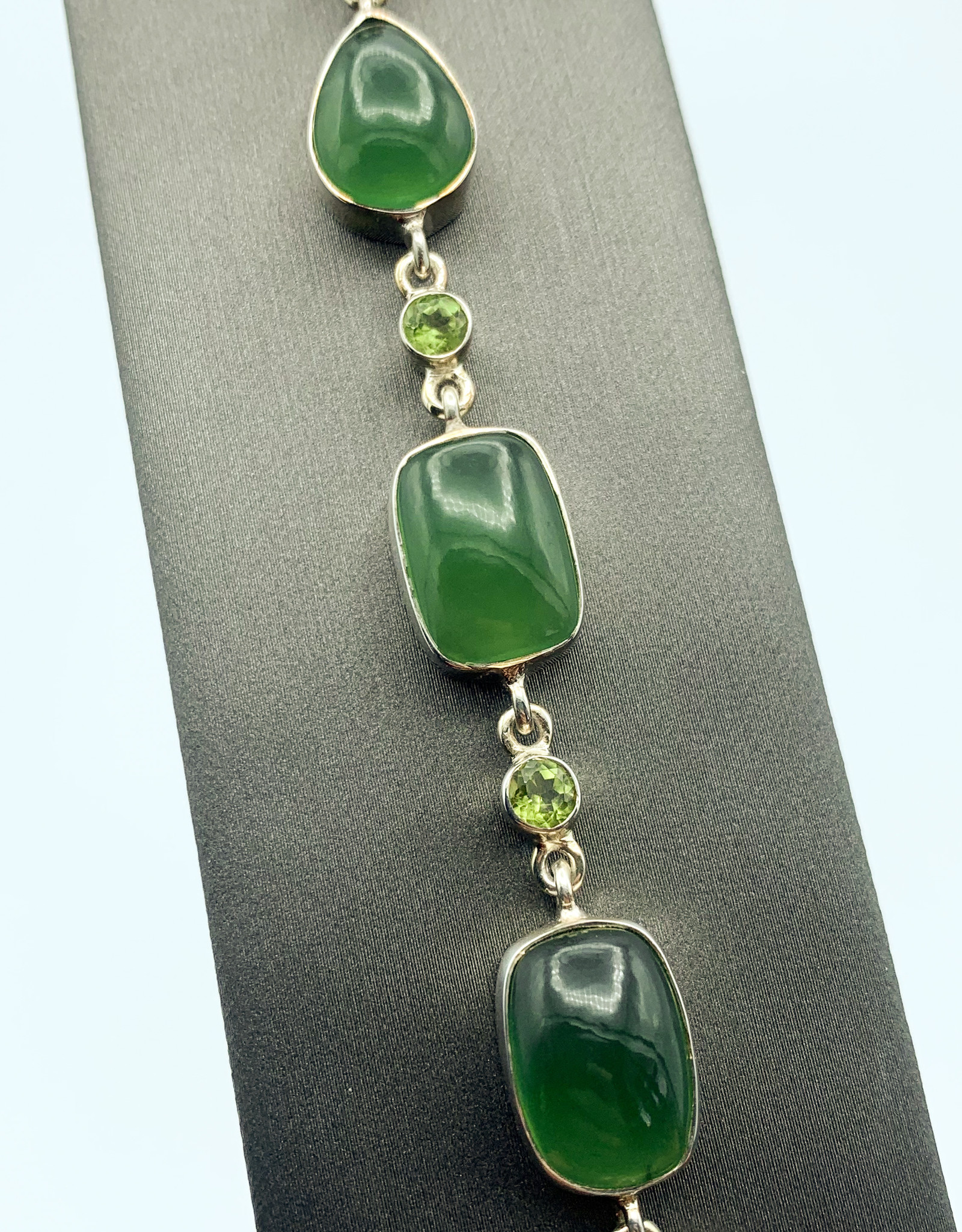 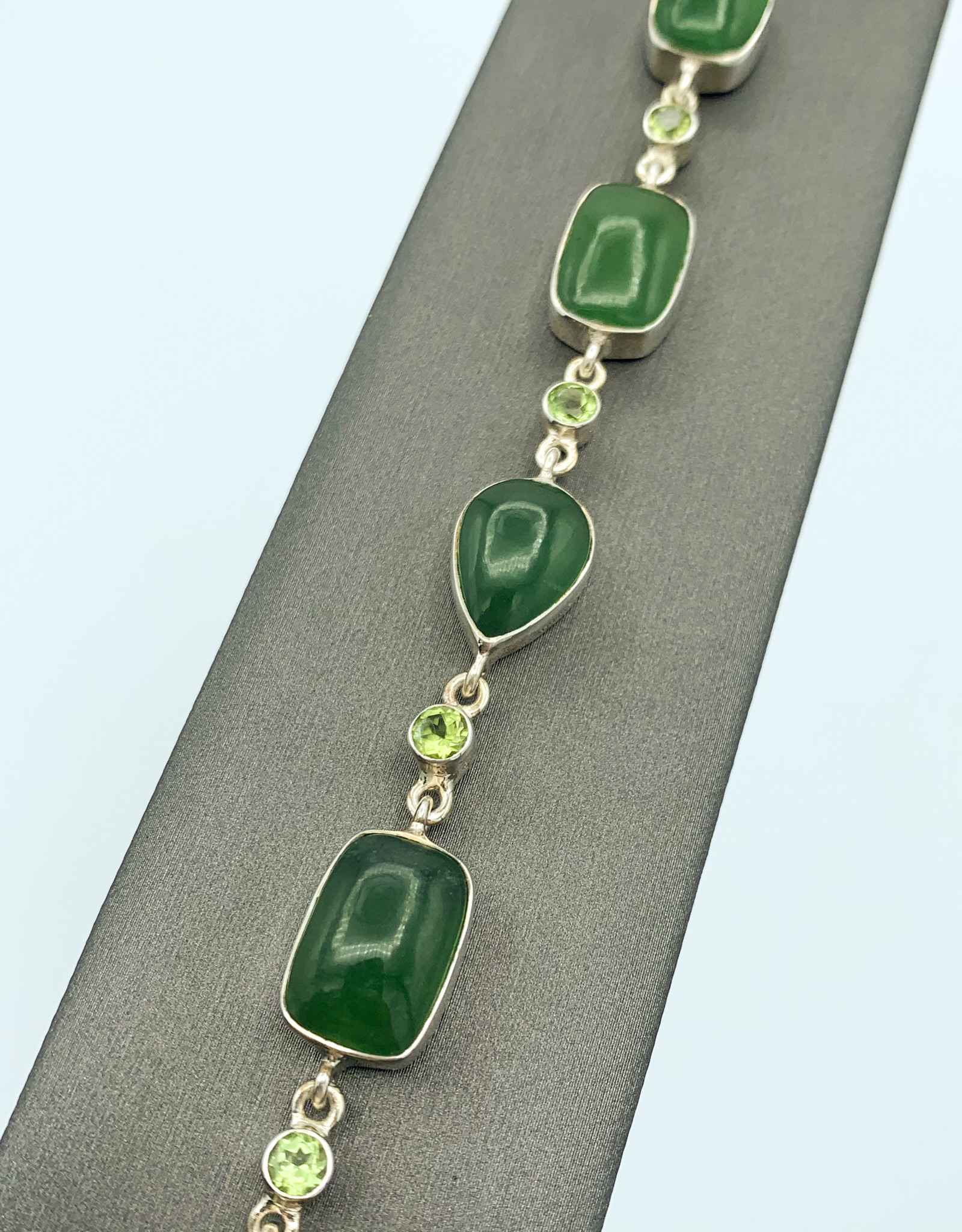 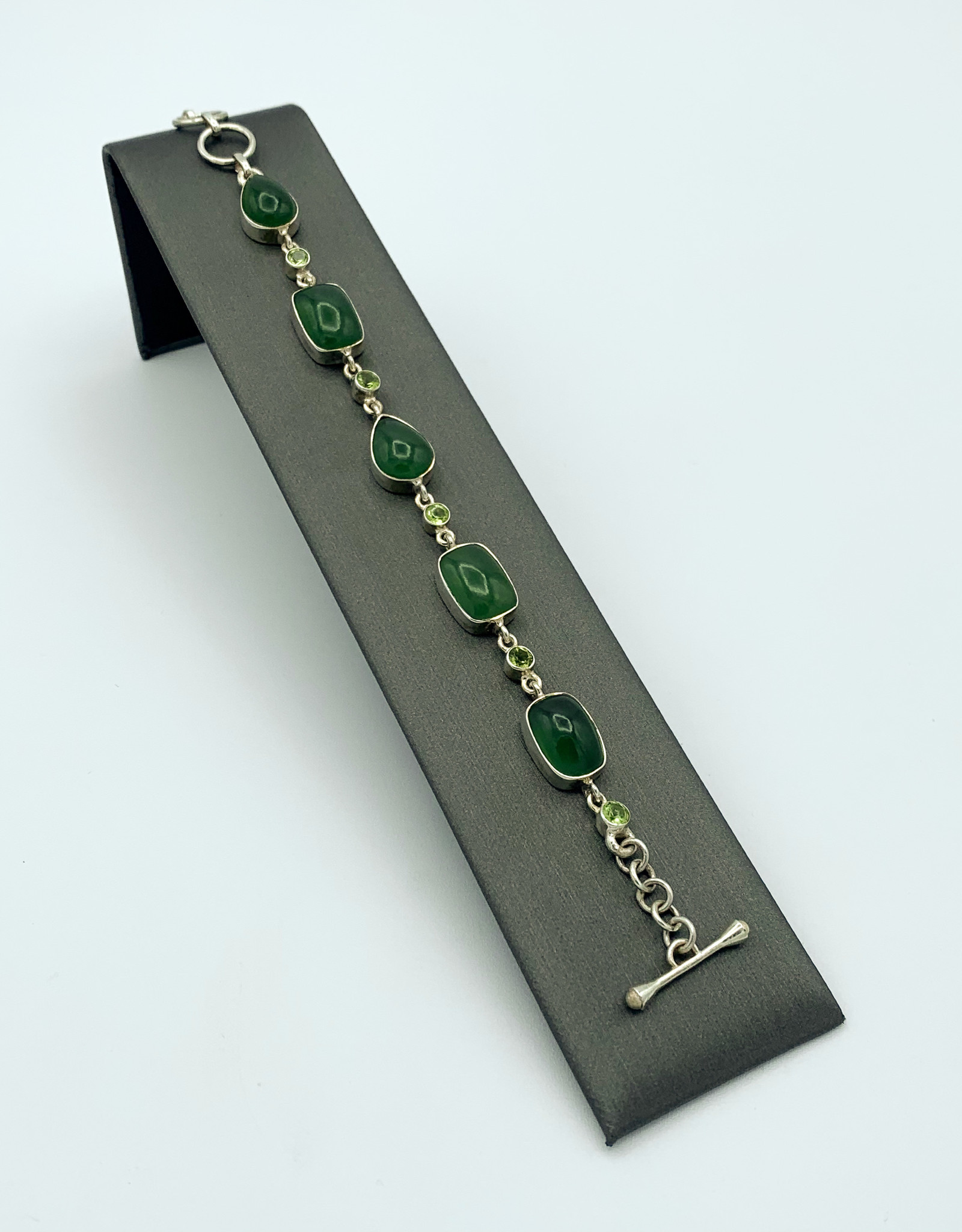 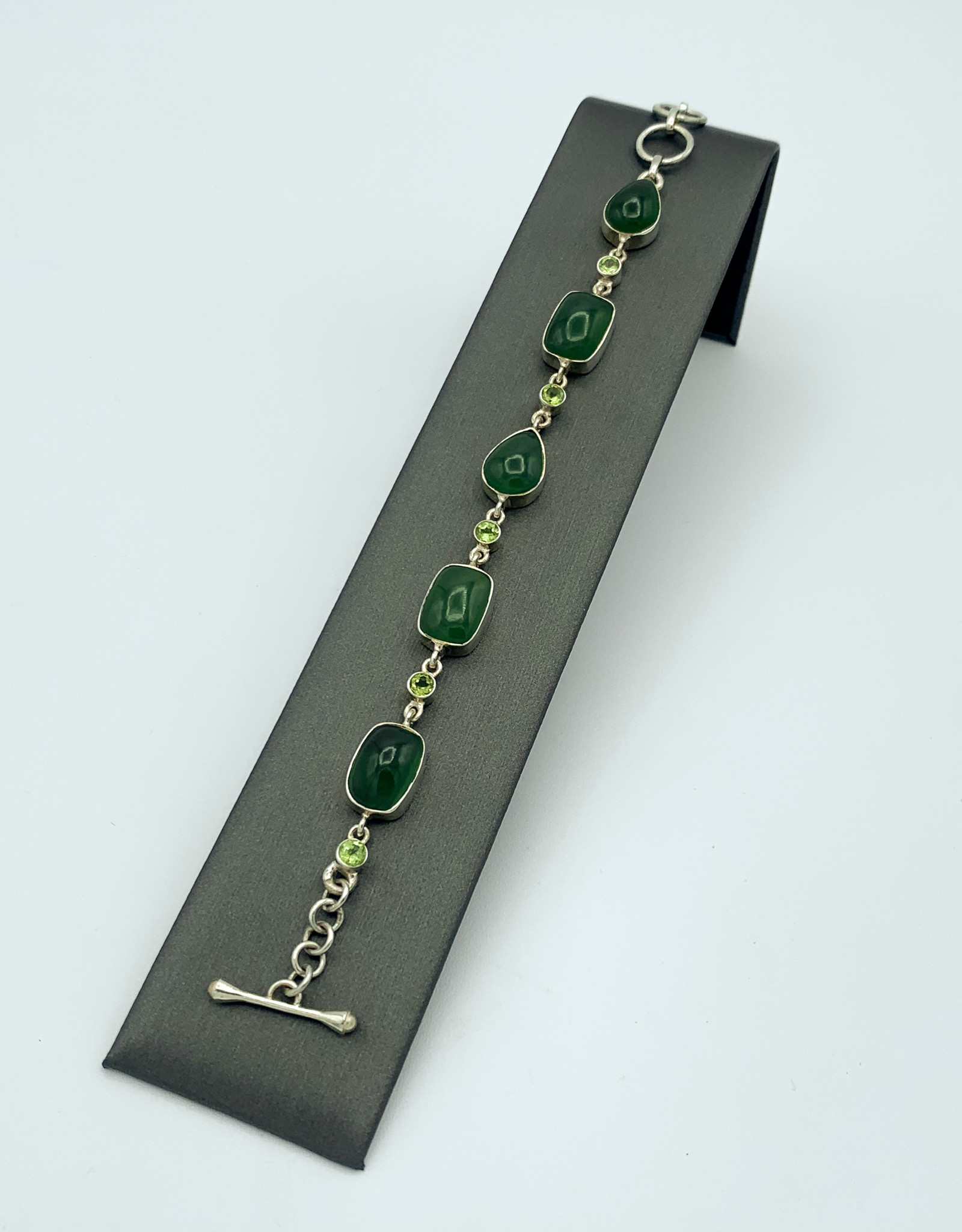 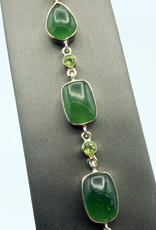 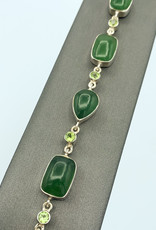 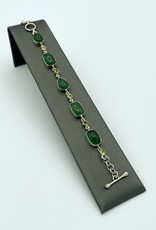 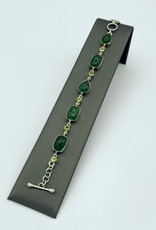 Nephrite is a durable, abundant form of jade often found in China, Canada, and Russia. Most commonly found containing various hues of green, it is possible for it to showcase whites and yellows. Jade has been used for decorative and ceremonial purposes for thousands of years.

Peridot is a gem quality olivine mineral that forms in the upper portion of the Earth's mantle and pallasitic meteorites. It is rare to find large specimens of peridot as it has a chemical instability. Ancient Egyptians believed that Peridot was sent to Earth by the explosion of a star and carried its healing powers. It is often found in China, Pakistan, Tanzania, Vietnam and The United States.

You will receive the bracelet pictured. Colors may vary based on screen size and resolution.