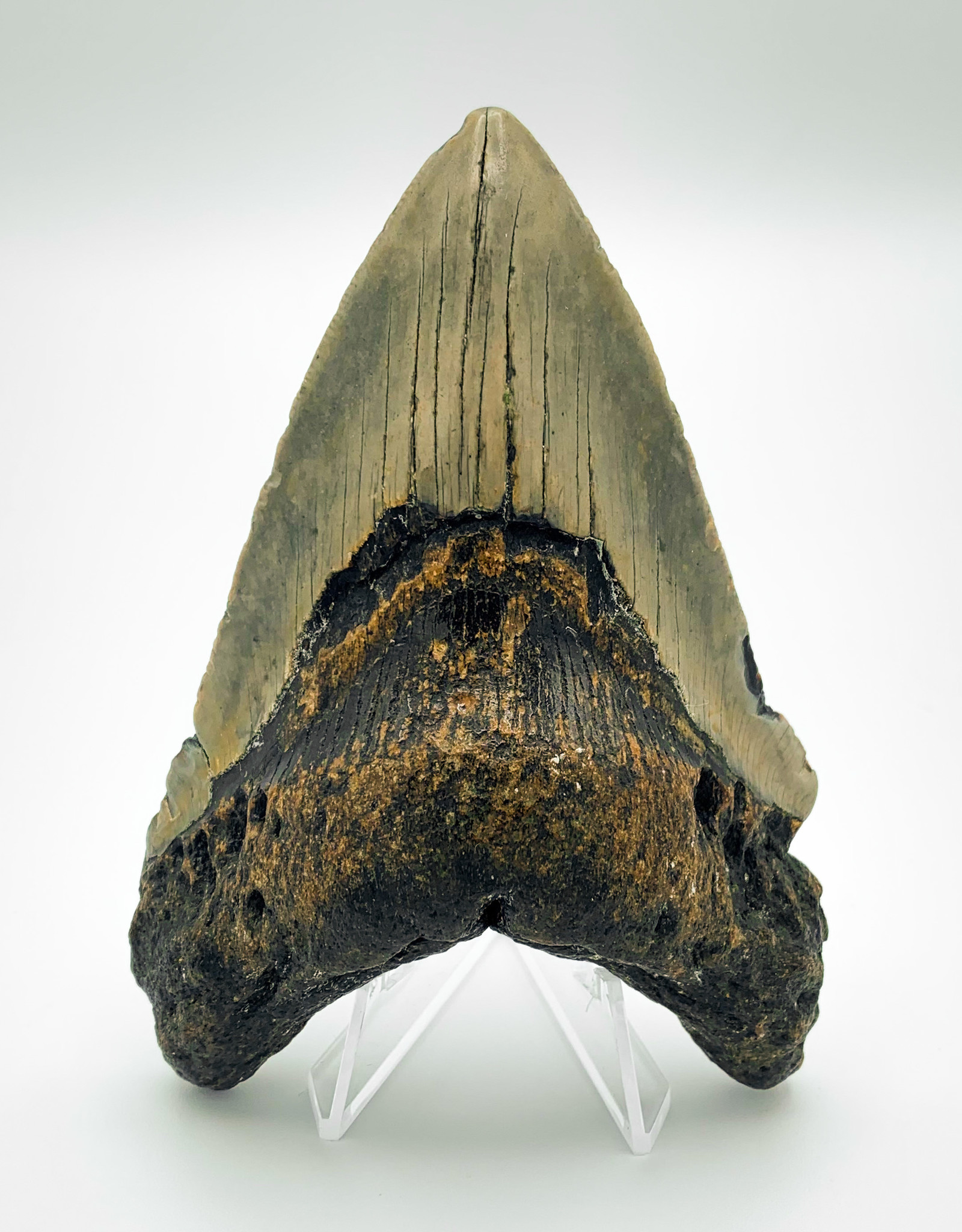 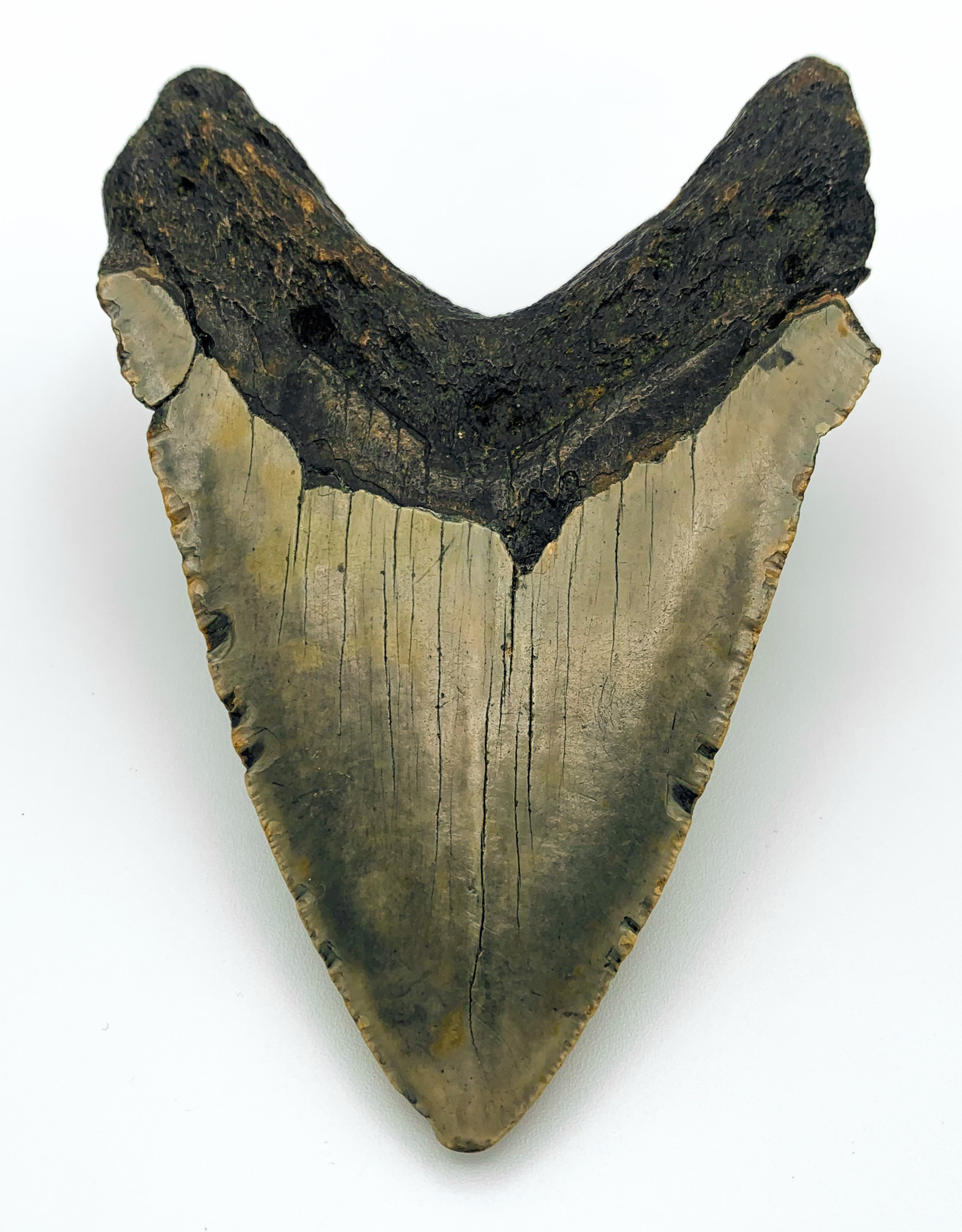 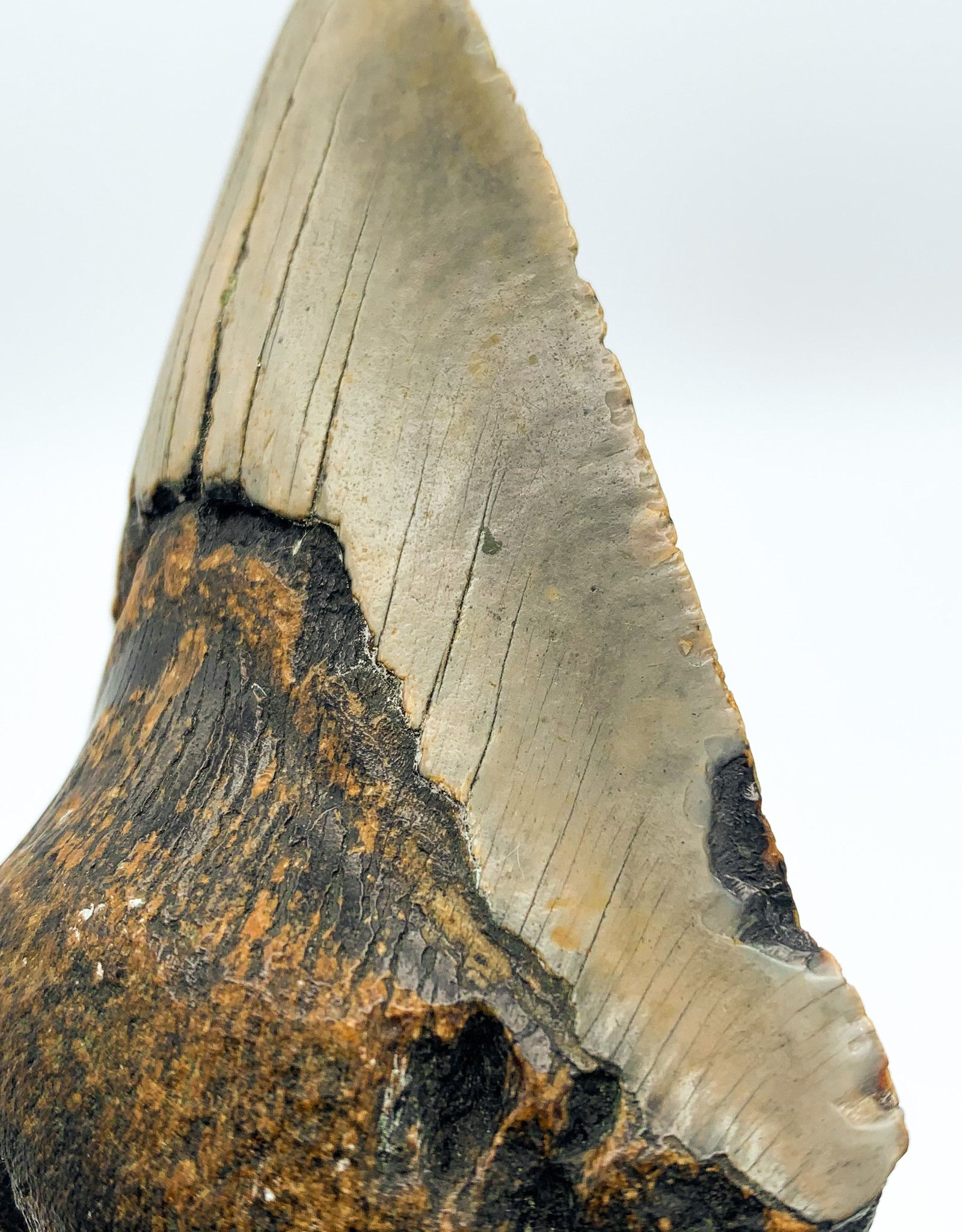 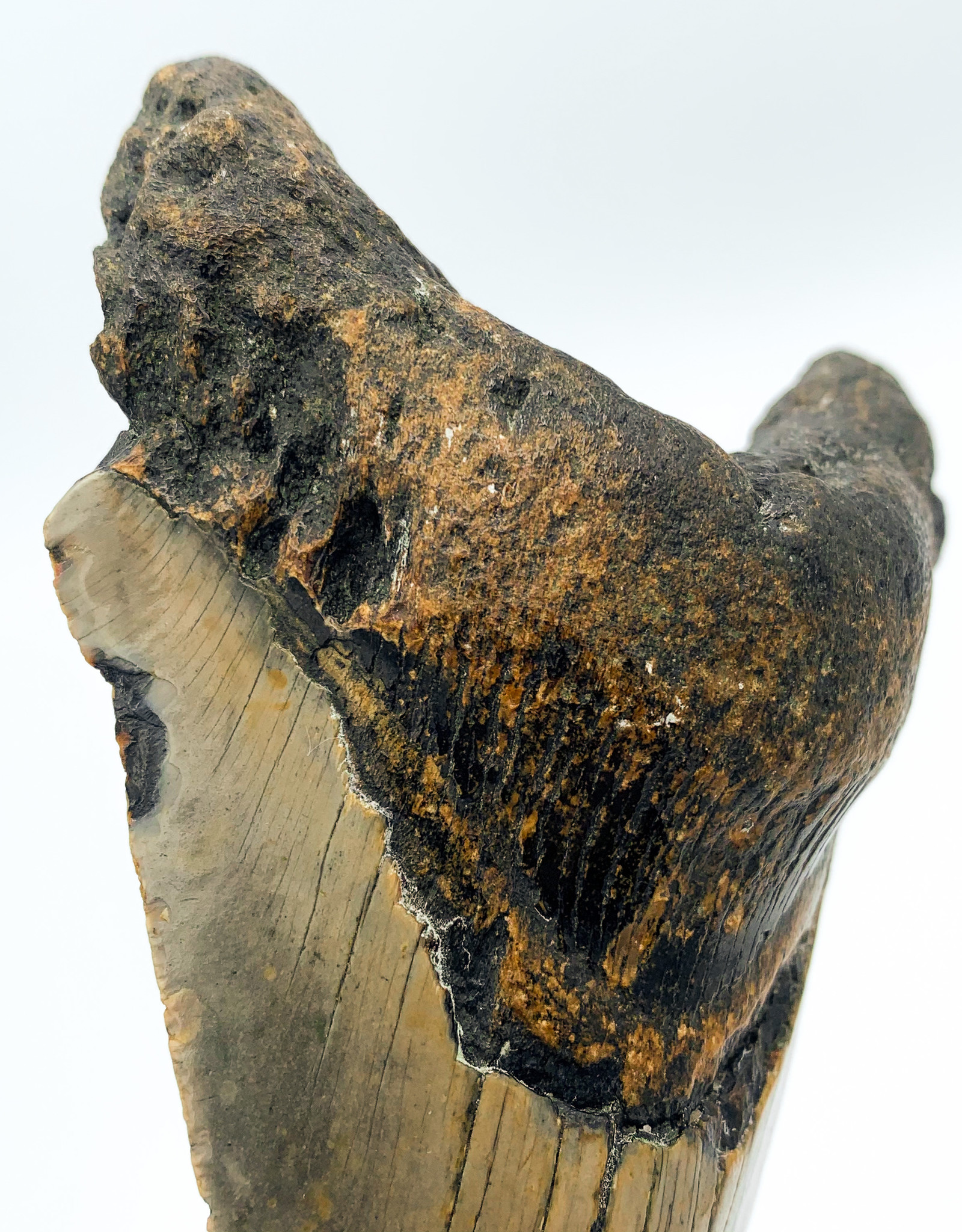 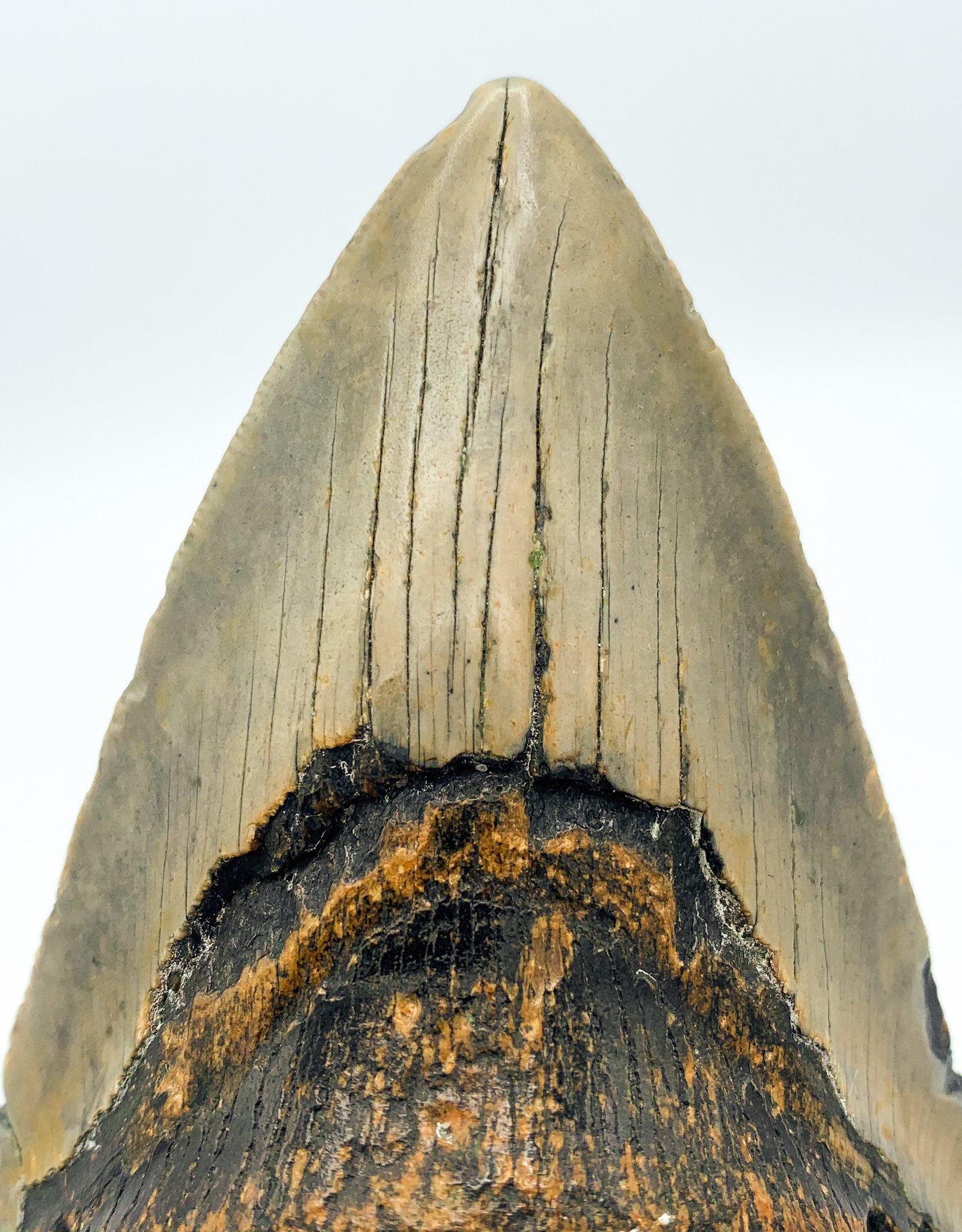 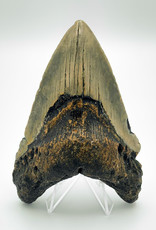 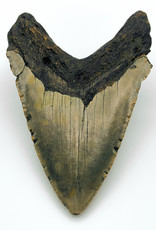 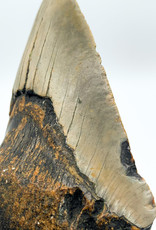 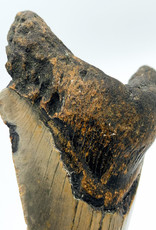 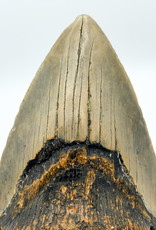 This is a "killer" fossil from the largest shark that ever lived... Megalodon! This giant prehistoric shark has been portrayed in movies for its size and the terror it brings with just the sight of it. Owning a fossilized tooth from this beast is a must-have for those interested in natural history or wanting a unique mantelpiece.

Otodus megalodon, previously known as Carcharocles megalodon lived during the Miocene and Pliocene epochs, 23-3.5 million years ago. Females grew the largest, upwards of 60 feet long. It is estimated the largest would have had a biteforce of around 40,000 pounds, making it the strongest ever in the animal kingdom.

This tooth was recovered off the coast of North Carolina, around 40 miles out, where the continental shelf drops off. It was prepped in house by Charles, one of our owners.

You will receive the fossil tooth pictured. The stand is not included. Colors may vary based on screen size and resolution. 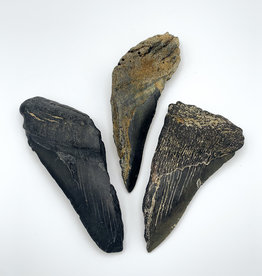 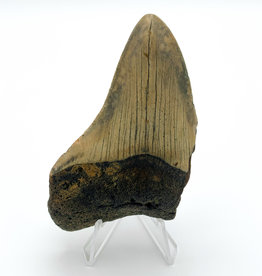