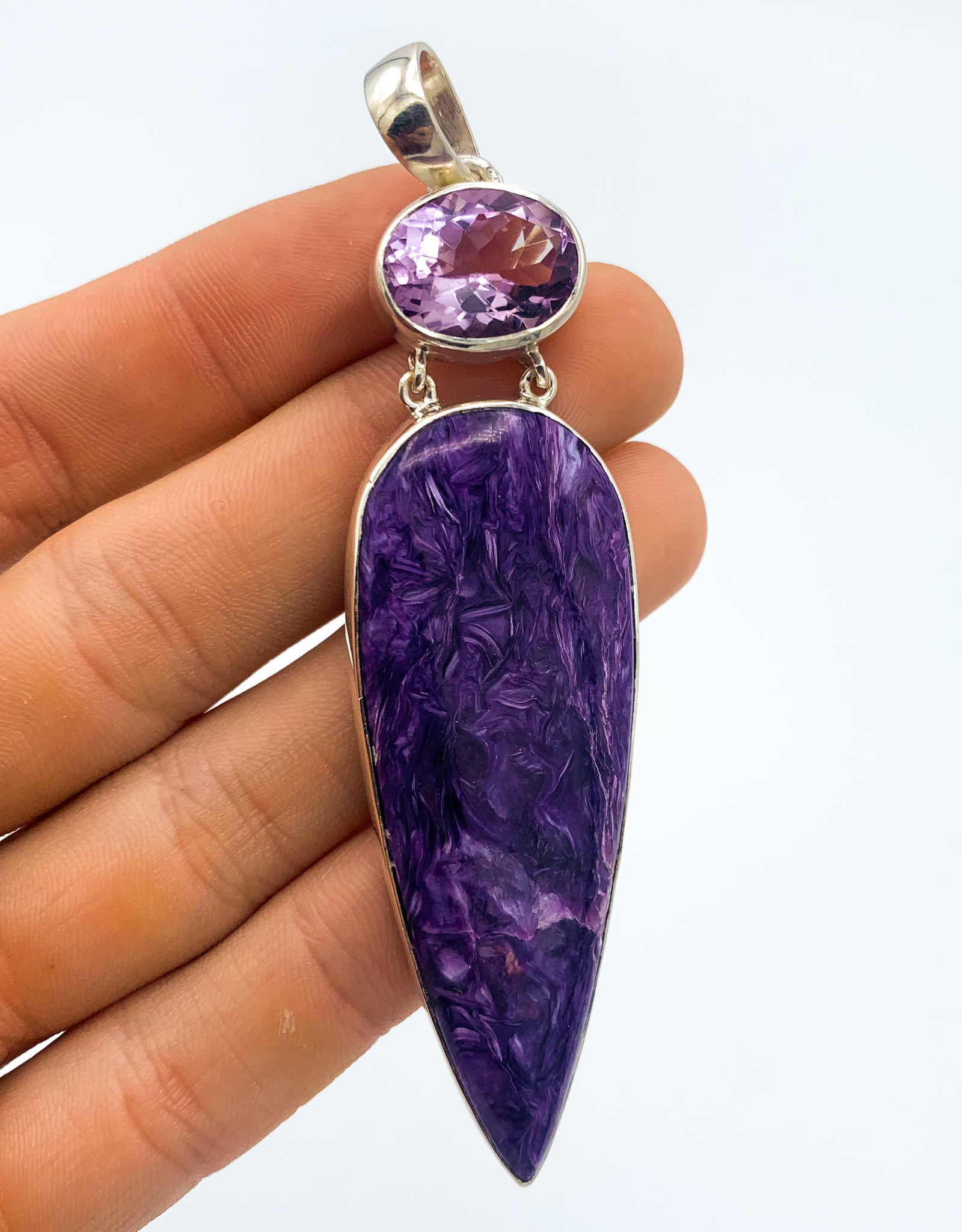 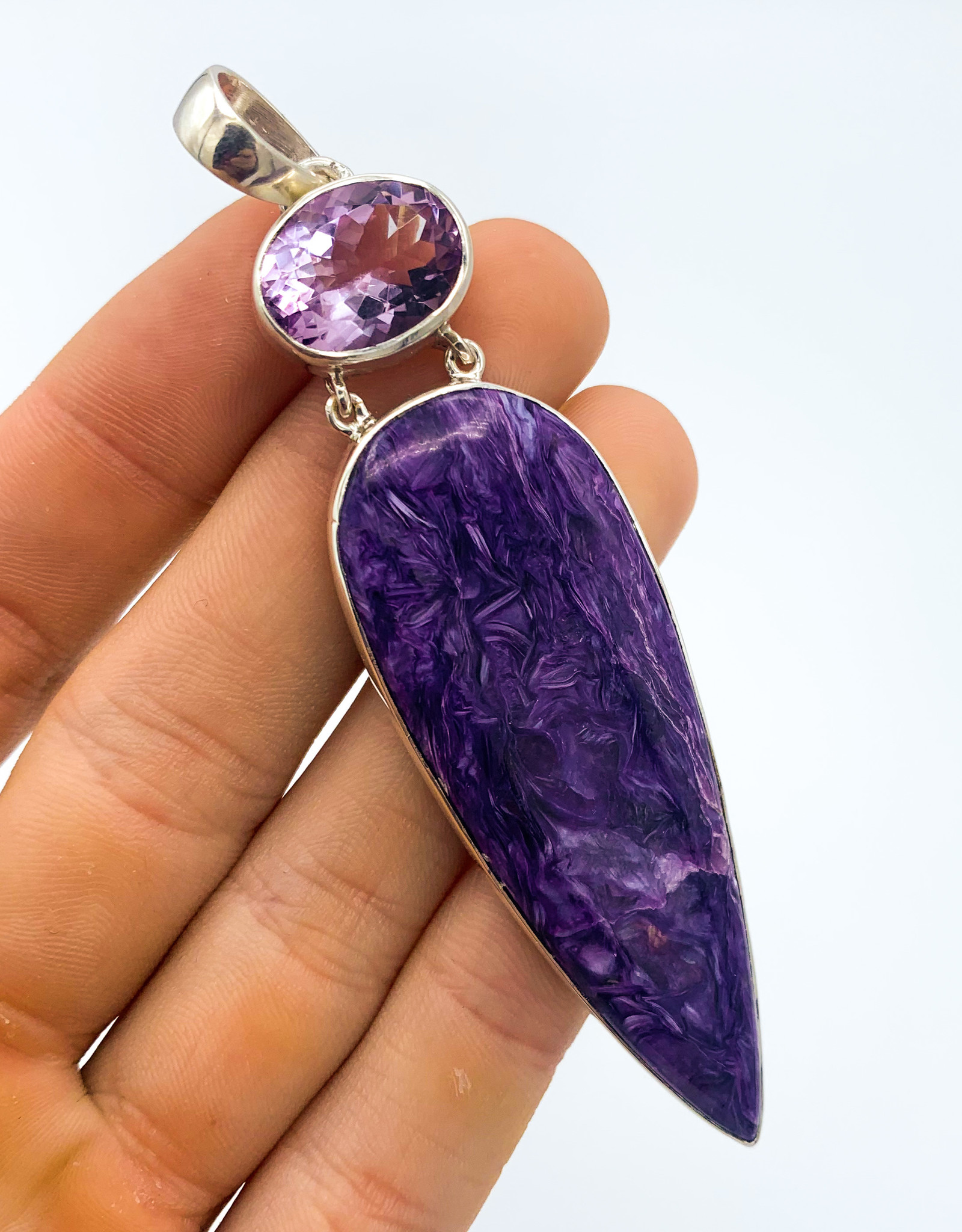 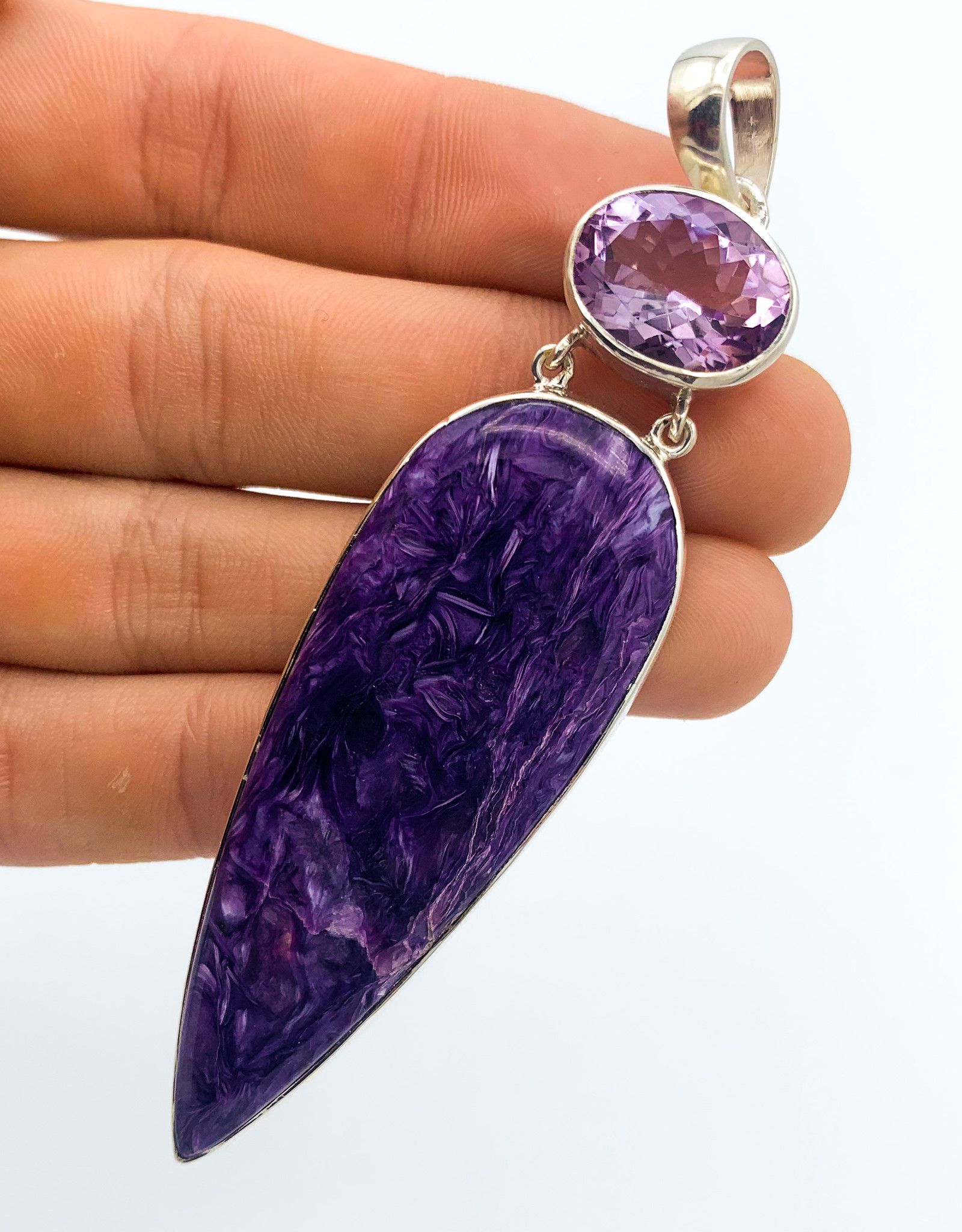 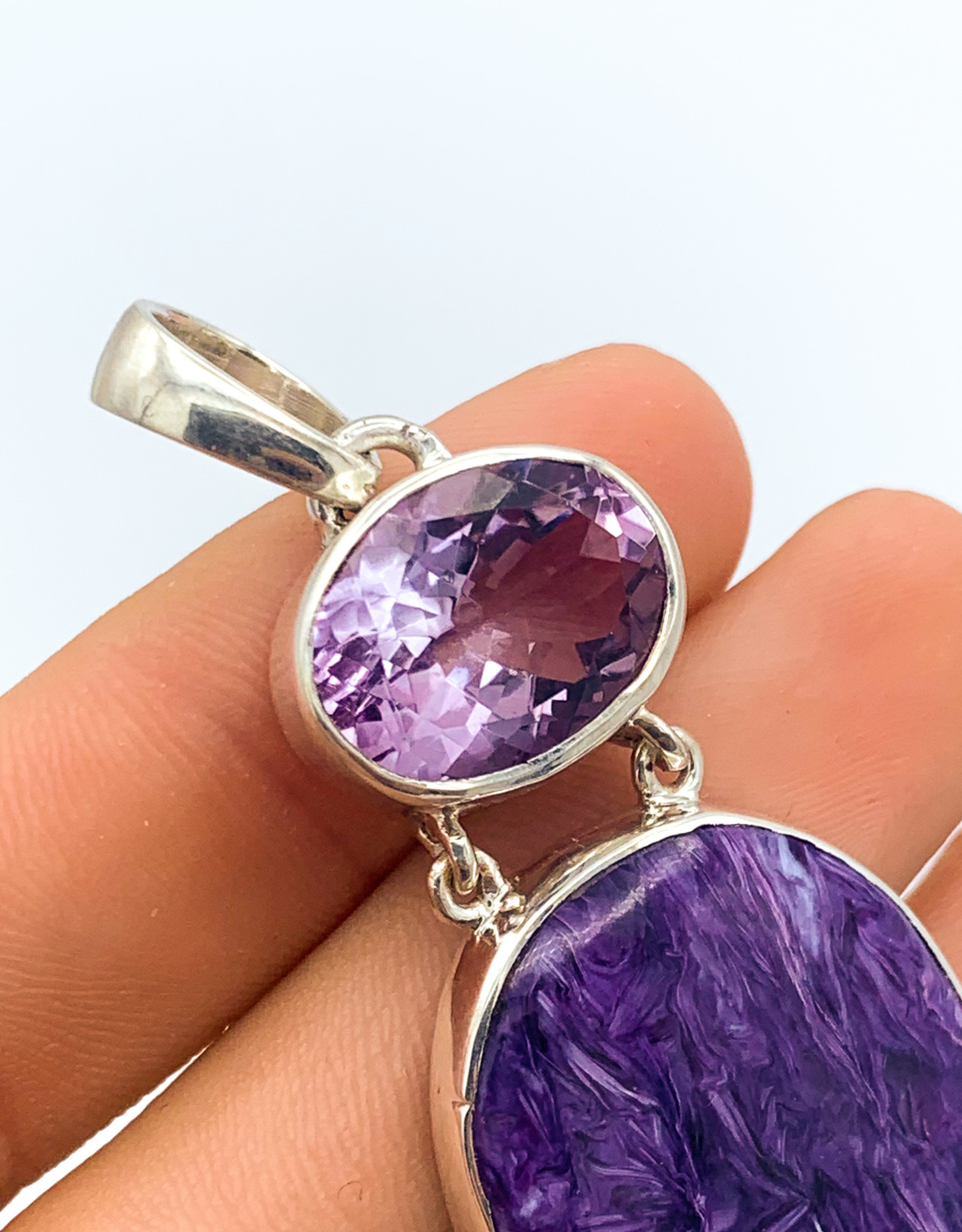 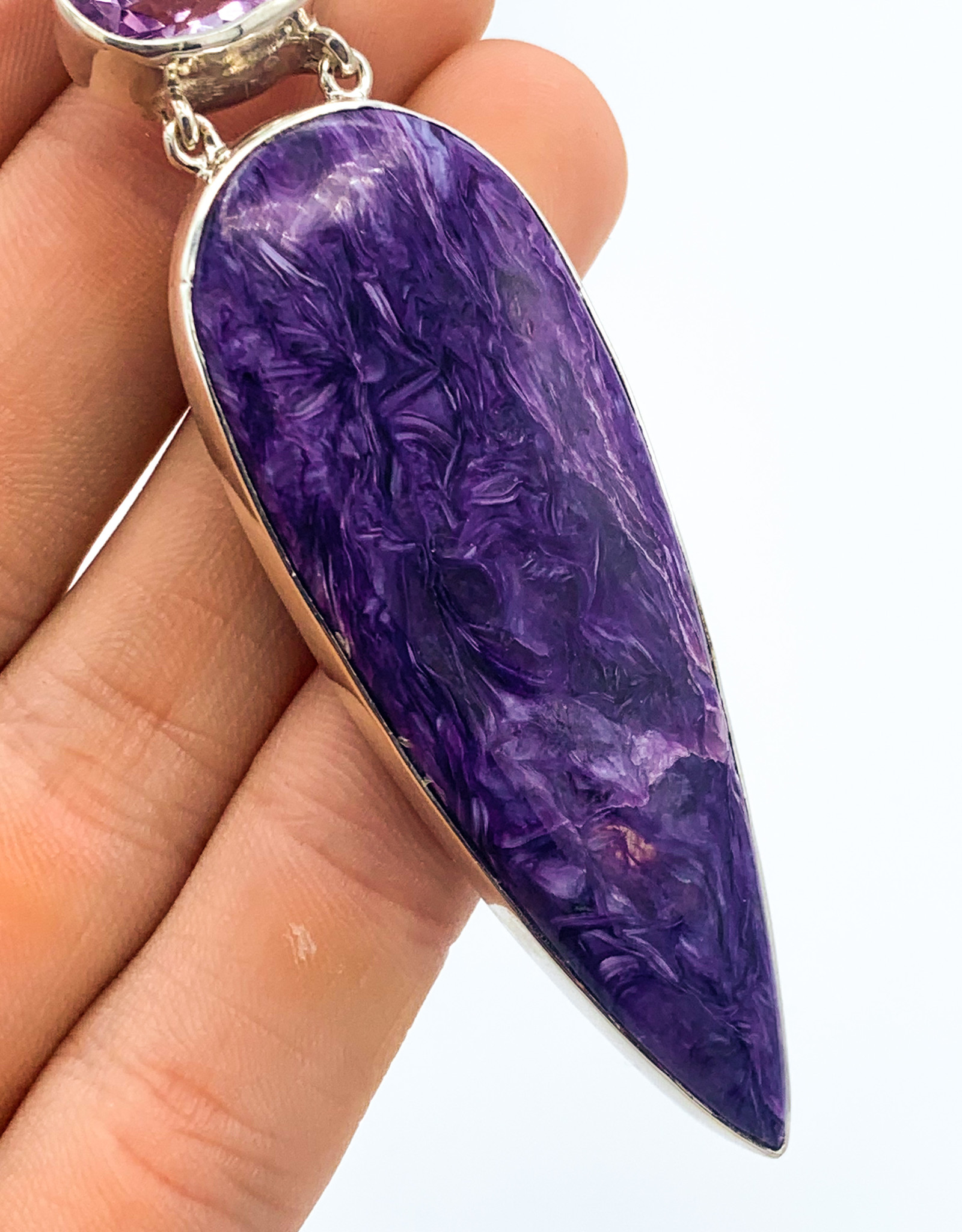 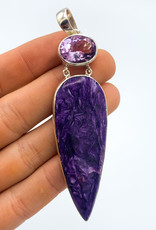 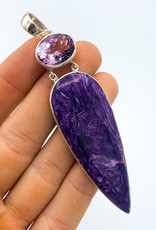 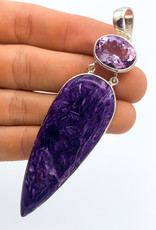 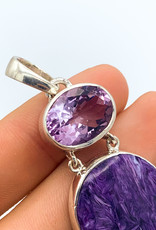 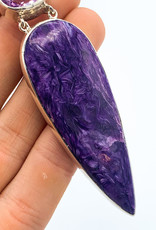 Amethyst is one of the most beloved gemstones known to man. It is highly sought after due to it's availability and natural purple hues. Its color can range from a light lavender to a deep purple. Amethyst is a variety of quartz that is exposed to irradiation and impurities of iron. South America and Africa are two of the worlds most popular producers of amethyst. However, being that it derives from quartz, it is often found in other locations all over the world including The United States, Mexico, Madagascar, and Uruguay.

Charoite was first described in 1978 and was named after the Chara River in Siberia, Russia, but many believe it was initially found in the 1940s. Its color can range from a translucent lavender to a vibrant blue-purple. It forms in limestone deposits that are transformed by immense heat and pressure that allow it to infuse with other unique chemicals. It is notably distinguished from other minerals by its unique color and natural swirly patterns.